The urine pregnancy test (UPT) is usually weakly positive. But a negative test does not rule out ectopic pregnancy. UPT only suggests that pregnancy is present in the body but does not tell the location.

Investigation of choice for Ectopic Pregnancy

An ultrasound with colour Doppler is an important tool in early diagnosis. The investigation may be lifesaving.

In modern times it has become necessary to do an early obstetric scan to find out the location, number and viability of an early pregnancy.

Laparoscopy for the treatment of ectopic pregnancy is the GOLD STANDARD for conservation of tube. the fallopian tube is very important for future fertility.

The procedure of laparoscopic salpingostomy:

Under general anaesthesia, a laparoscope was introduced into abdomen through the umbilicus. The intraperitoneal organs were visualized and the diagnosis was confirmed. We were looking at a case of unruptured ampullary tubal ectopic pregnancy (pic 3 and 4). The fallopian tube was held and cut along the antemesentric border (pic 5). The gestational sac was removed in toto. The tube was irrigated and hemostasis achieved (pic 6 and 7).  Rest of the pelvis was washed and the products of conception sent for histopath analysis (pic 8). This surgery is a micro surgery and all the pictures are in magnified view.


Pai Hospital has expert laparoscopic surgeons who are capable of doing tube saving surgery (conservative surgery) for ectopic pregnancy. The fallopian tube is very important for future fertility of the patient.


The following are a few cases from our series at Pai Hospital.

A young woman in her early twenties comes to us with history of generalized weakness and 2- 3 episodes of blackouts. She is newly married with history of one and half months of amenorrhea. She did a home urine pregnancy test (UPT) which was positive. No complaints of pain abdomen, per vaginal bleeding or vomiting.

Transvaginal ultrasound (TVS) was ordered which revealed right adnexal mass (please see picture 1). Colour Doppler showed high vascularity around the mass. This is called “Ring of fire sign” as shown in the picture 2.

Patient was investigated further and a decision was taken to proceed with laparoscopic salpingostomy.

PIC 8: FINAL PHOTO. ECTOPIC SAC (BLACK MASS) IS COMPARED TO TUBE. THE PRODUCTS OF CONCEPTION WERE SENT FOR HPE.

NO ELECTRO COAGULATION WAS USED INSIDE TUBE TO INPROVE FERTILITY CHANCES. 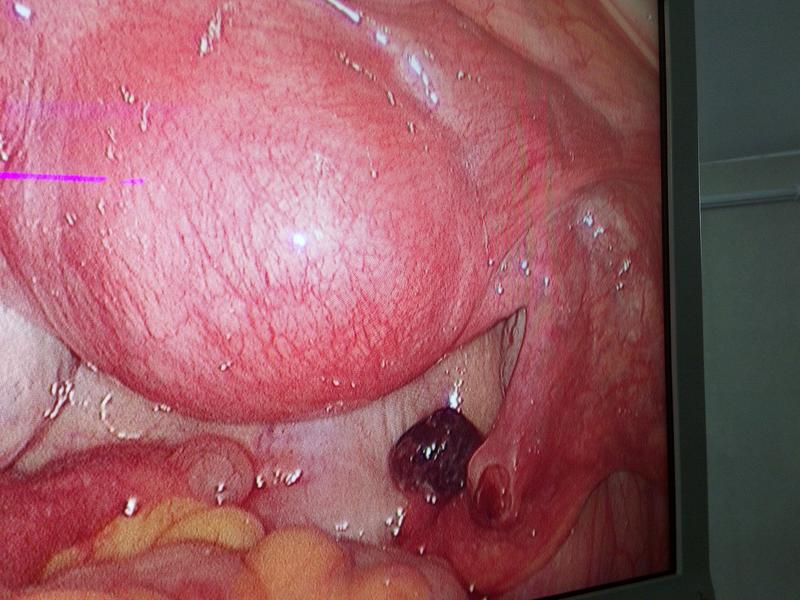 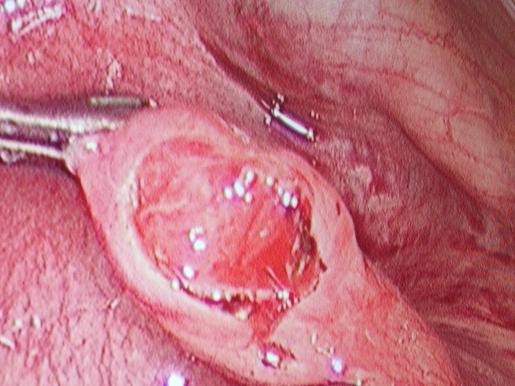 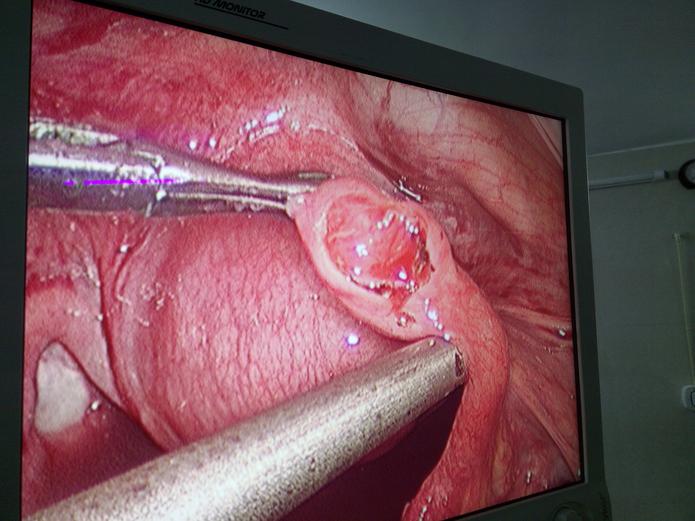 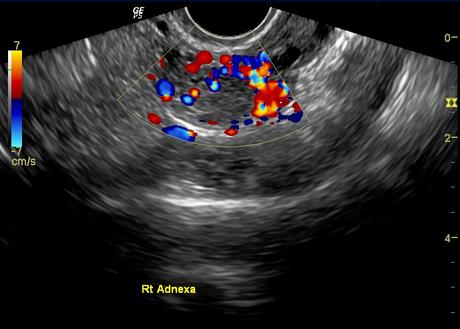 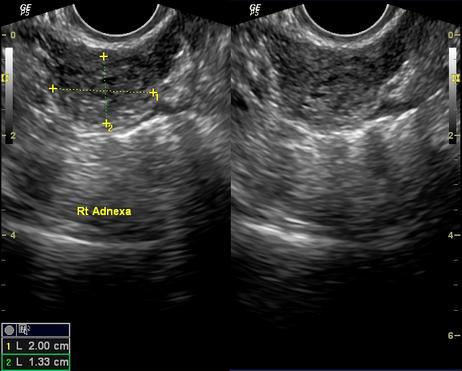 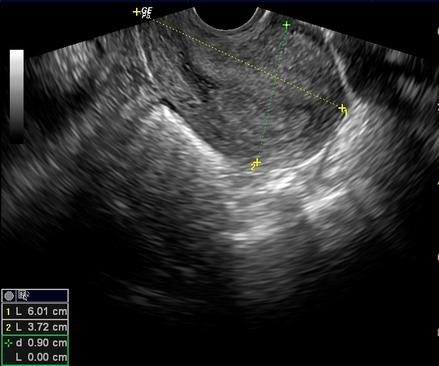 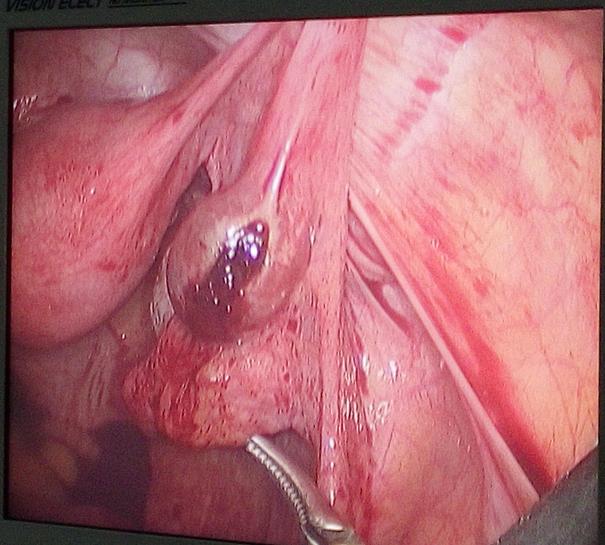 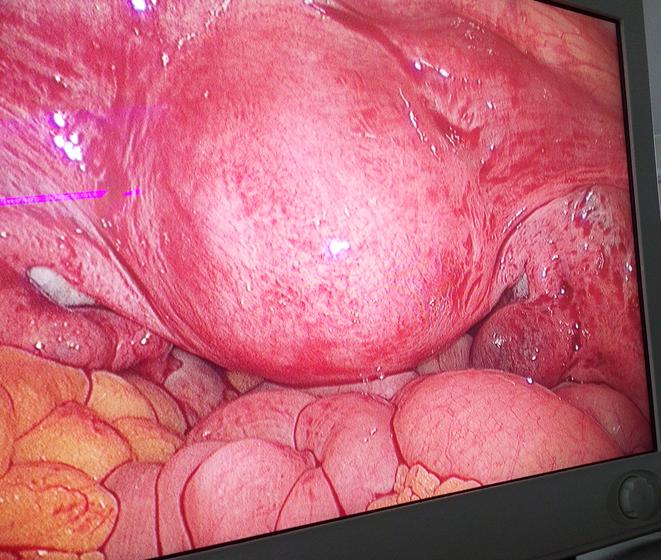 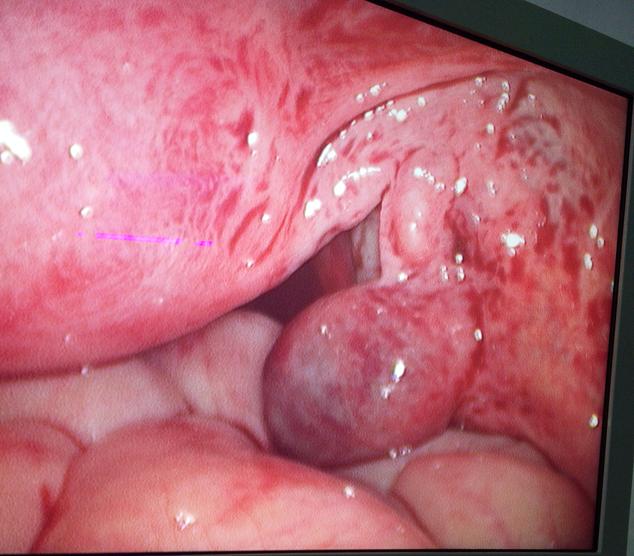