Mildly bulky uterus due to adenomyosis.

Enlarged uterus due to Adenomyosis. Right ovary was removed vaginally 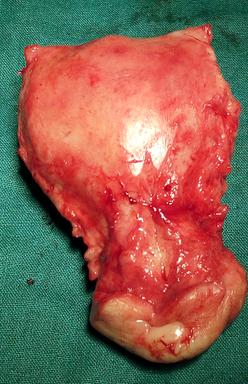 Bulky Uterus. Both tubes removed. Both ovaries were preserved in this patient.

Cases where hysterectomy was done due to Adenomyosis. Adenomyosis is a well known cause of chronic pelvic pain, dysmenorrhoea and painful intercourse. 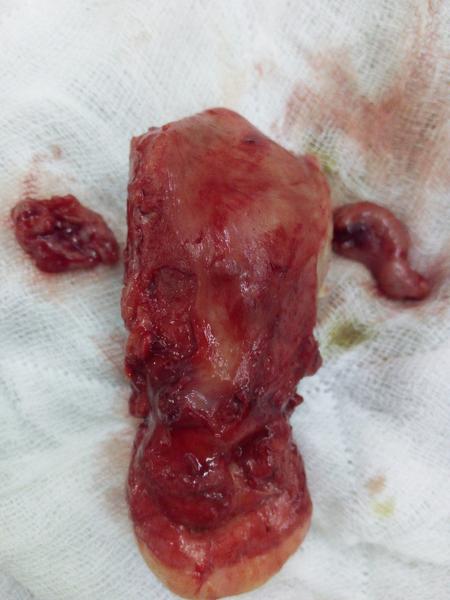 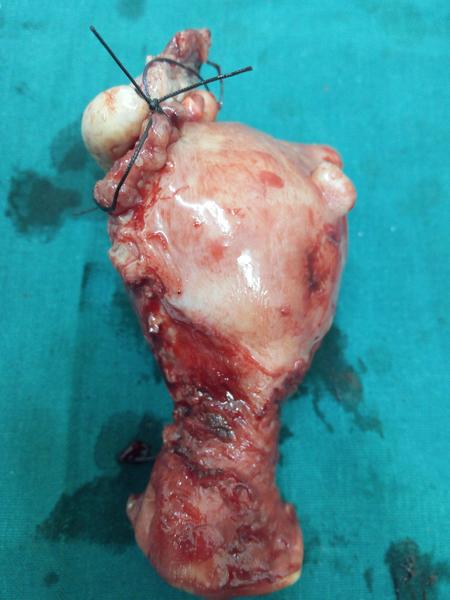 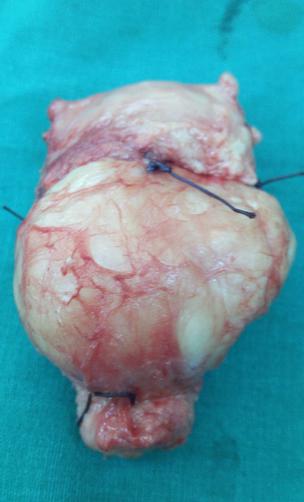 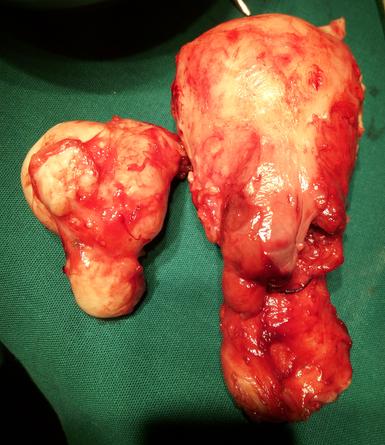 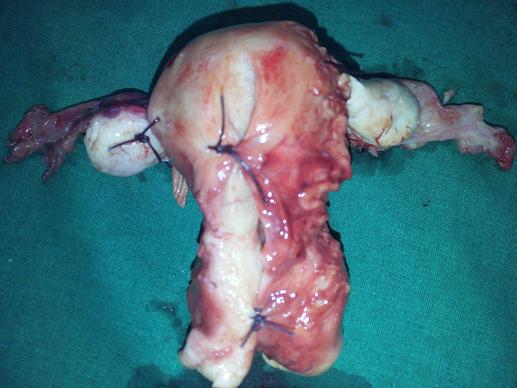 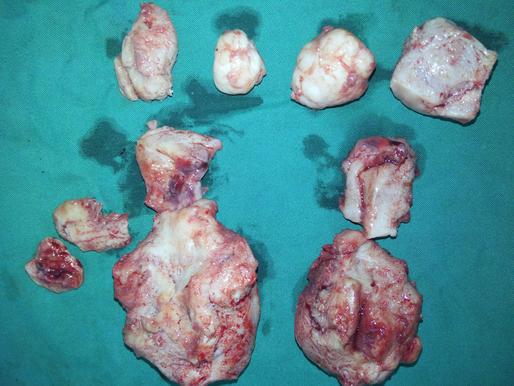 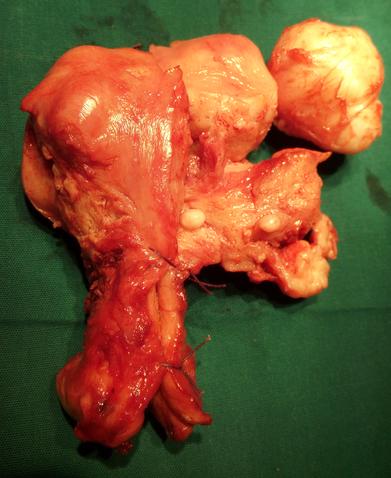 This is another case of Fibroid Uterus in a patient who had undergone previous 2 cesarean deliveries. In the picture, we see that the uterus is bulky due to several small intra mural fibroids. There was minimal bleeding and no new scar on the abdomen. Patient was fully mobile on the third post operative day.

Since the patient's vagina was narrow and the uterus was large in size, we had to morcellate the uterus. the specimen of the uterus looks bad to look at but it is done to avoid the cut on the abdomen. the cosmetic outcome is unmatched.

This is another case of Fibroid Uterus. In the picture, we see that the uterus is enlarged to 12 weeks size due to several small intra mural fibroids. We also see that the right ovary is cystic and diseased. In this case, we have removed both the ovaries and fallopian tubes vaginally. There was minimal bleeding and no scar on the abdomen. 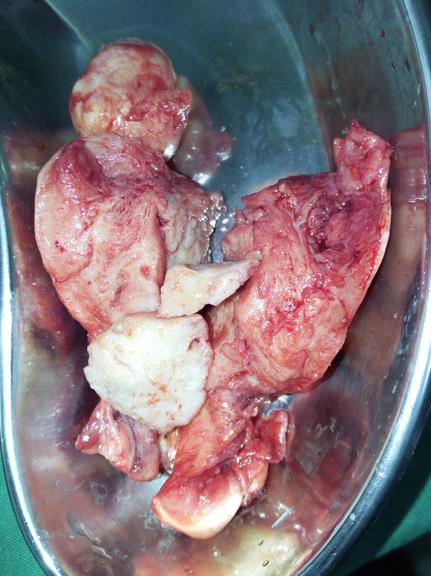 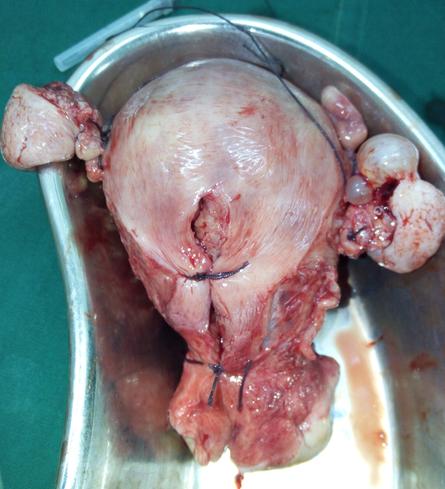 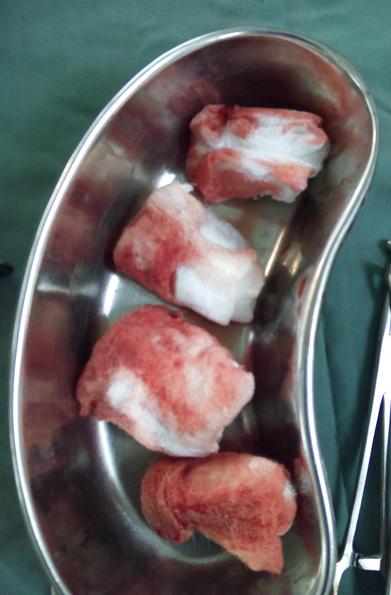 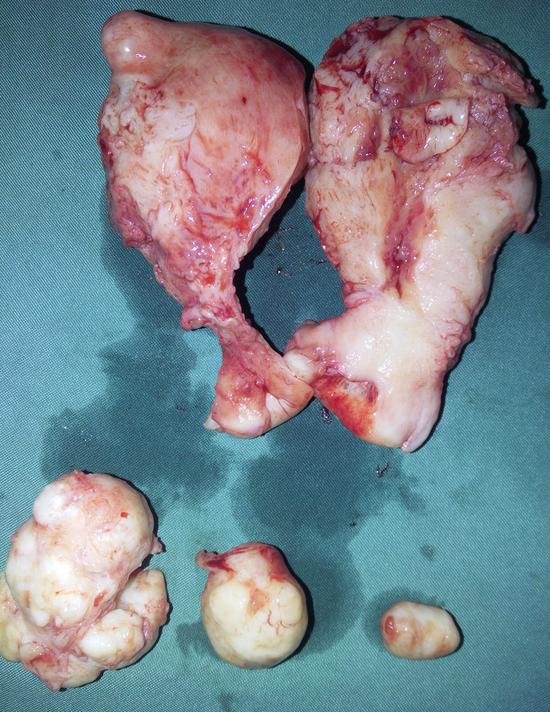 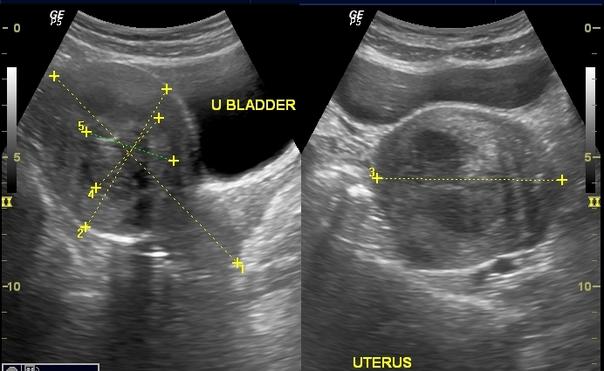 A 43 year old woman presents with history of generalized weakness and heavy menses since one year. Her menstrual flow has gradually become heavier since past six months and is now associated with pain in lower abdomen and passage of clots during menses. She has undergone one previous cesarean section.

On examination, the patient had stable vitals. There was clinical evidence of anaemia. On per vaginal examination, the uterus was about 10 wks size, firm, mobile and irregularly shaped. There was no uterine prolapse. Clinical impression was multiple fibroid uterus.

Patient was investigated further and a decision was taken to proceed with non descent vaginal hysterectomy (NDVH) as the patient had completed her family.